SMALL changes can lead to big wins, especially when it comes to saving money.

An estimated 46 per cent of us will spend more on holidays this year to make up for missing out during the pandemic.

So it’s time to seriously boost that holiday fund . . .

CUP A LOAD OF THIS: If you’ve got a daily coffee shop habit at an average £2.50 per cup, that’s around 20 coffees and £50 a month. Swap for three boxes of the 75p eight-pack of the Aldi Alcafé Latte Sachets, where you just add hot water, and that’s 24 coffees for £2.25.

FAKEAWAY NOT TAKEAWAY: The average UK consumer spends £451 per year on takeaways but everyone’s expected to cut back a little this year. 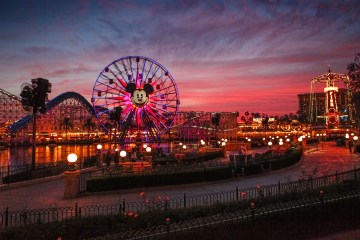 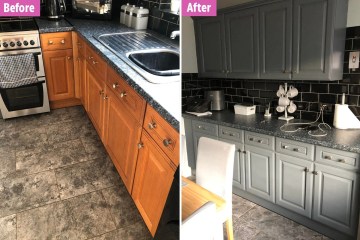 When you’re tired, a takeaway is easier but if you could swap two takeaways for the £5 Co-op Freezer Filler deal (which includes a Goodfellas thin crust pizza, Co-op onion rings, Birds Eye 12 nuggets, McCain wedges and a tub of ice cream) that’s £40 per month on take-out food and £10 on two meals you can just pop in the oven. It means £50 spent per month instead of £80.

SIP THIS NOT THAT: With the average UK pint now costing £4.04 according to the British Beer & Pub Association, it can be an expensive night out — with five pints on a Friday night now costing £20 at least. That’s a steep £80 per average month.

BEAT THE TREAT: Sweet tooth? One Dairy Milk bar at 70p, around three times a week, is approx £8 per month.

Quit it altogether and that’s…

Next Article With more than 100 homeless encampments, Bowser pushes for more money

How Target Conquered the World in the 2000s

By the mid-1990s, Target was a $25 million business; it was absolutely the largest division of Dayton Hudson Corp. Internally, that was the career path. […]

B.C. gas prices: Drivers head to U.S. to save money

With no relief in sight from record-high gas prices, British Columbians trying to save a little money are heading across the border to Washington […]

Buying A House For Sale By Owner

When a house is for sale by owner (FSBO), it means the homeowner is selling the house without the help of a real estate agent. […]